Jörg Schlaich (1934 – 4 September 2021) was a highly respected German engineer especially for his creative and elegant design of bridges, long-span roofs, and other innovative structures. In 1980 he was a co-founder of the consulting firm Schlaich Bergermann Partner based in Stuttgart.

Jörg Schlaich was one of a select group who studied both architecture and civil engineering at Stuttgart University and at Berlin from 1953 to 1959.

In 1963, he joined the firm Leonhardt & Andrä. He later became a partner where a highlight was being responsible for the Olympic Stadium in Munich. He stayed with the firm until 1969.

In 1974 he became an academic at Stuttgart University, before founding his own firm.

In terms of large span roof structures – of particular interest to LSAA members – he pioneered the concept of the “bicycle wheel” with an outer compression ring resisted the tension of radial cables coupled to an inner cable ring. This was used in 1993 with the Gottlieb-Daimler Stadium (later known as the Mercedes Benz Arena in Stuttgart. Another example was the main stadium in Kuala Lumpur for the 1998 Commonweath Games. Many recent stadia have adapted this principle.

The LSAA community has benefitted from a close relationship with the company he co-founded and extends its condolences to his family and friends. His life and legacy will continue to shape our work and the future of structural engineering. 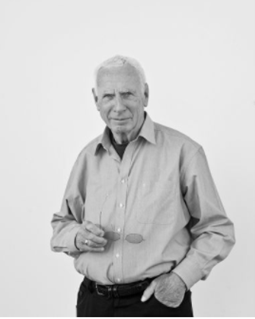 Other references: Bridgeweb article LINK and an article written by his son Mike Schlaich HERE