This category is for news items about our members or projects that they have been involved in.

Members are encouraged to submit items including images for publication. The latest article appears first.

Jawaharlal Nehru Stadium (JNS) was originally built in 1982 in honour of India's first Prime Minister. Mr. Nehru is credited as the founder of modern India through political and social reform. In preparation for the upcoming 2010 Commonwealth Games in Delhi this facility is receiving a dramatic update. The crowning achievement to the stadium's rebirth will be the tensile membrane roof, supported by a vast cable net. MakMax was awarded the contract to supply and install an ambitious fabric and cable roof design, the structure is now near completion with 50 of the 88 fabric panels installed. Schlaich Bergermann & Partners are the structural engineers.

The next step is to open the database also for Formfinder Light users and to integrate the 350 KG (yes, Kilogramm) data collected by Professor Vinzenz Sedlak of Sydney Australia.

(Vinzenz established the MSAA and hence the LSAA in Sydney and was its President for many years).

Thousands of slides have already been scanned in and are currently prepeared for publication.

MakMax Australia are proud to announce the award of a contract for part of the redevelopment of Rockhampton’s landmark Southside Memorial Pool.

The $17M Federal, State and Regional Council funded project will feature a 4,000 square metre tensile membrane roof over the main 50 metre pool manufactured and installed by Brisbane based MakMax.

Partnering with Brisbane’s Liquid Blu Architects and Rockhampton builder JM Kelly (Project Builders) Pty Ltd, MakMax will manufacture the Architectural Membrane roof using Serge Ferrari PVC (Poly-Vinyl Chloride) which has been supplied by local fabric distributor, Innova. The roof will provide both shade and rain protection over the 50m pool and 650 seat grandstand. Fabrication of the membrane is scheduled to take place at our Brisbane facility later this year with installation of steelwork scheduled for January 2013 and membrane to follow.

The stadium will boast a PTFE (Polytetrafluoroethylene) glass fibre membrane roof that will span a total of 16,600 square metres providing cover for the East, West and Southern perimeter of the structure.

Completion of the 25,000 seat capacity stadium is expected in mid 2011. The facility is being built to accommodate an AFL oval, ICC-compliant cricket oval, provision to allow future installation of IAAF Athletics field and FIFA World Cup soccer field including all the associated corporate, media and player facilities.

The intention to nominate Rowan Murray as a Life Member was announced by Dr Kourosh Kayvani at the LSAA Conference in New Zealand. I am pleased to report that this was ratified at the 2013 AGM.

Rowan has acted tirelessly over an extended period of time in his role as Secretary of the LSAA and without his dedication, cheerfulness and follow up skills many of the meetings may not have happened. Minutes and other notices were always kept up to date. Well done and well deserved Rowan!

The LSAA recently (2015) tendered for the SunSmart project dealing with the development of design guidelines and other documents to address aspects of shade structures using shadecloth.

Unfortunately, we were not selected for the project even though our intimate involvement in shade cloth structures goes back nearly 30 years. There are several issues that are affecting the industry recently.

Many of these issues have been highlighted by several recent accidents involving shade structures. A fatal accident in SA with several young people trespassing onto a shade structure leading to its collapse was studied by the SA Coroner who concluded, in part, that there is a lack of suitable design standards. 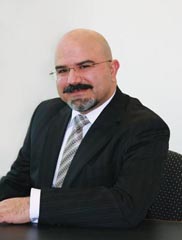 The annual list appears in the June edition of Engineers Australia magazine and recognises Australian engineers who have had leading influence in industry, consulting, academia, politics and public service.

“I am honoured to be included in such a list of eminent peers in Australia,” Kourosh said.

Appearing in the category of engineering expertise, the recognition is acknowledgement of Kourosh’s 20 years of professional practice, during which time he has pushed the boundaries of structural analysis and design.

LSAA 2007 Keynote Speaker, Chris Bosse - a director of Laboratory For Visionary Architecture (LAVA) and Designsport and local Ethiopian firm JDAW have together won the international architecture competition for a new FIFA and Olympic-standard 60,000 seat stadium in Addis Ababa.

It is proposed to have a decorated tensile fabric roof and construction is due to commence in 2014.

A link to further information HERE