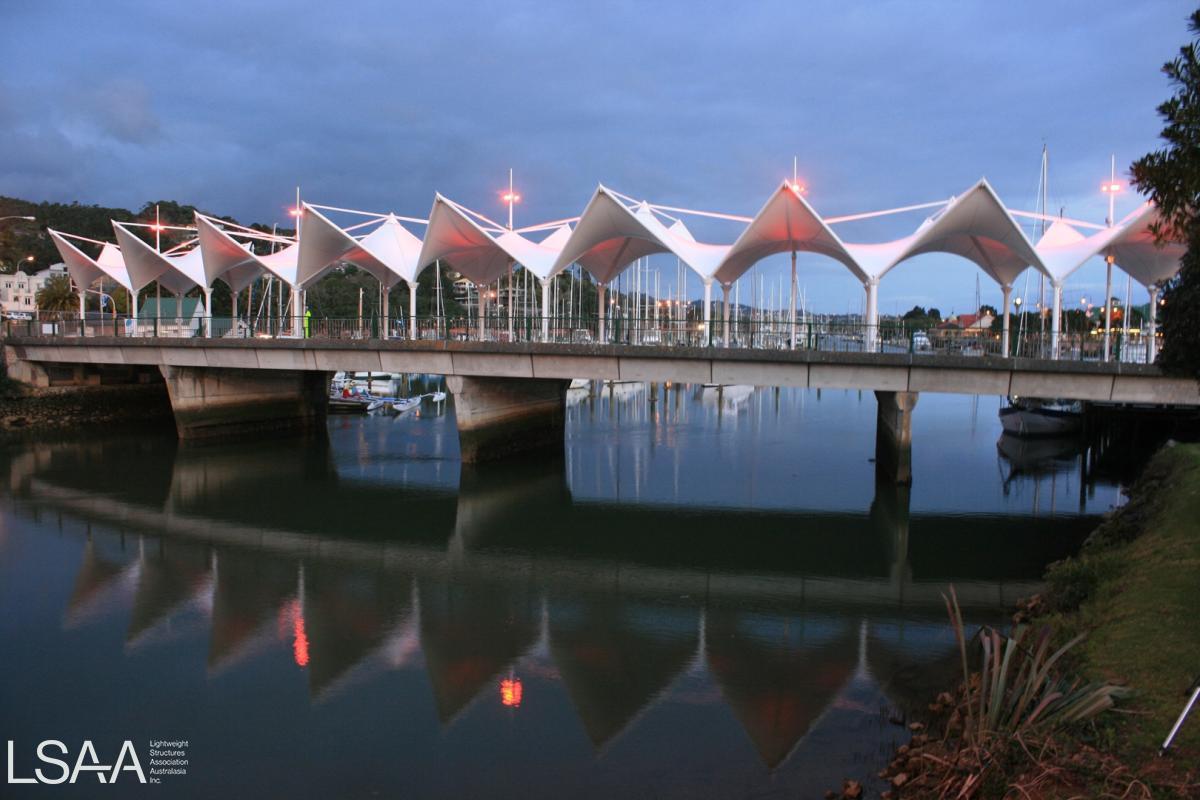 As part of a major revitalisation and landscaping project for the Whangarei City Town Basin, the local council approached FSS to design a permanent canopy structure for the recently closed John Street bridge.

The John Street Bridge was one of two original road bridges connecting the Northern and Southern shores of the upper Whangarei harbour and forms part of the City Town Basin. 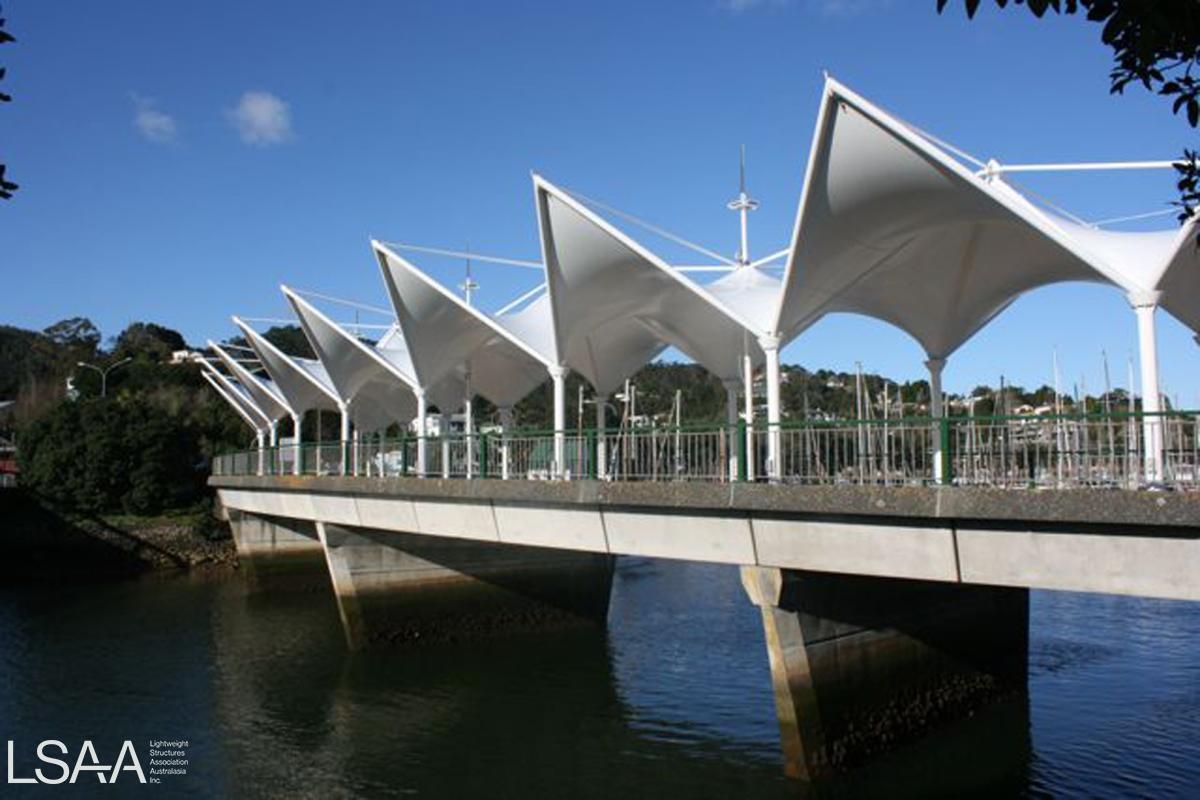 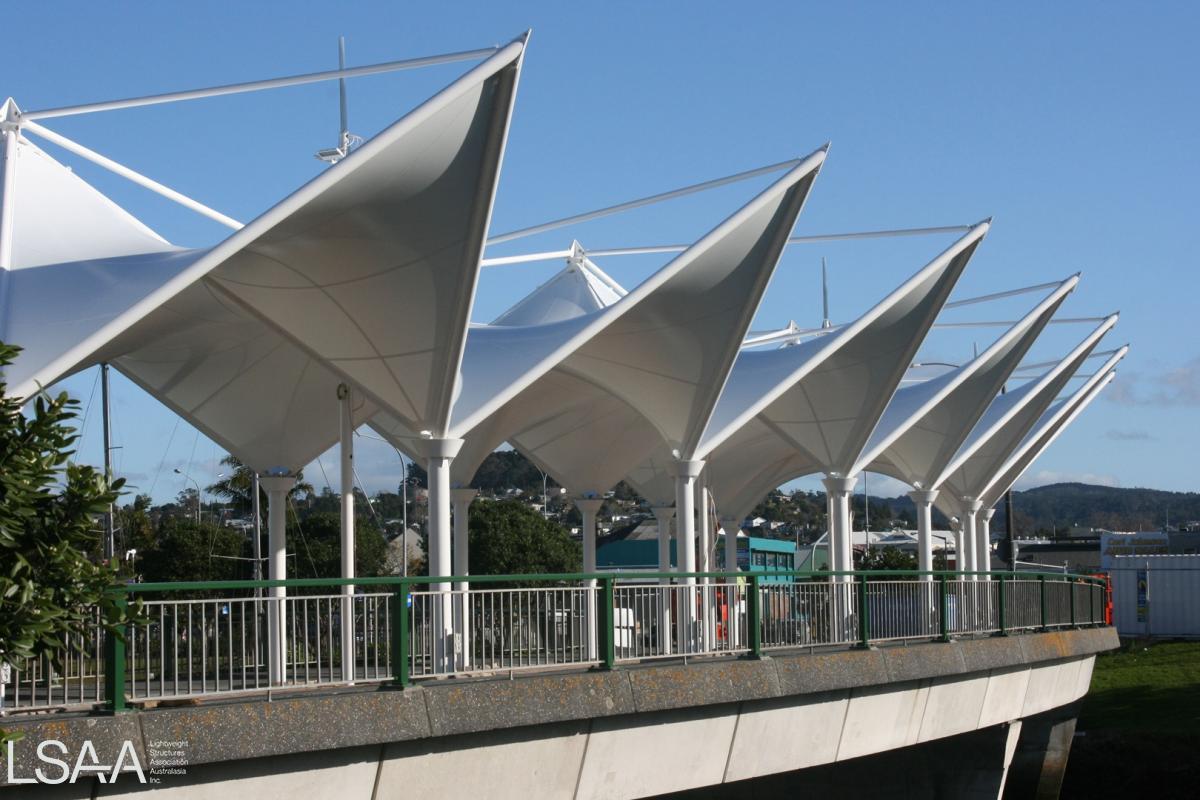 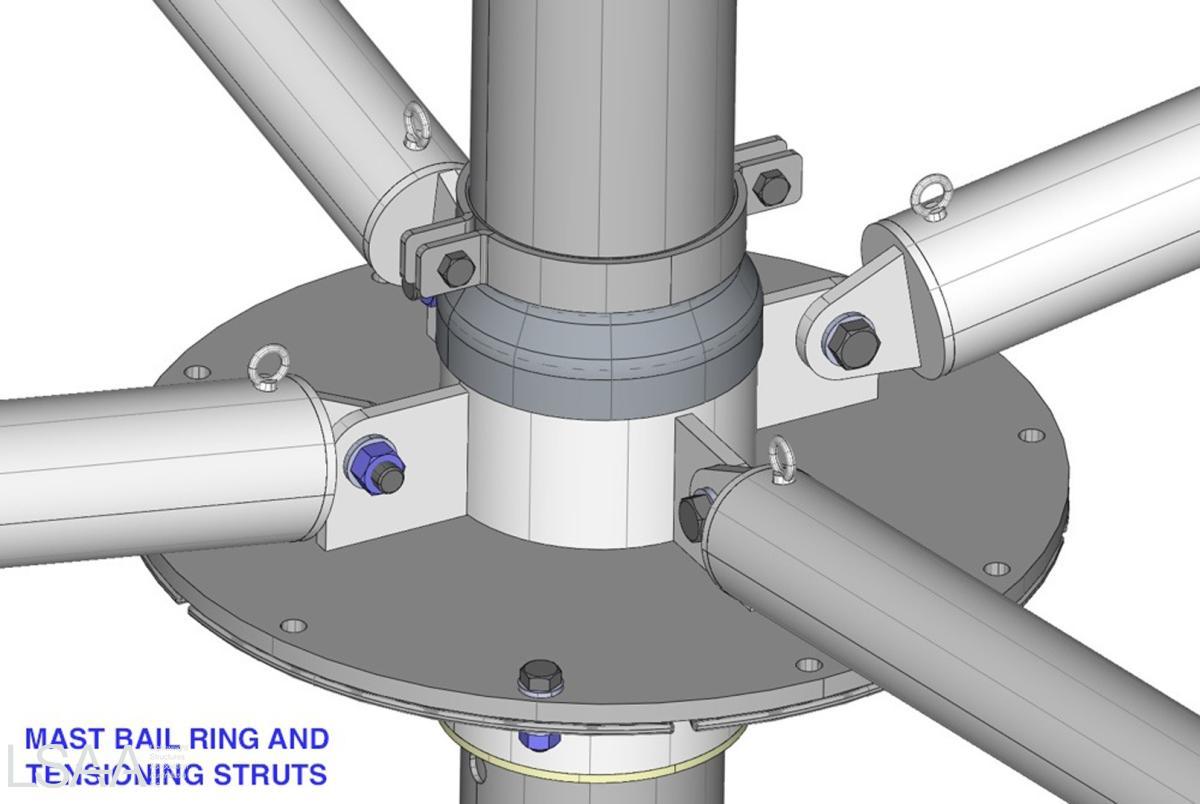 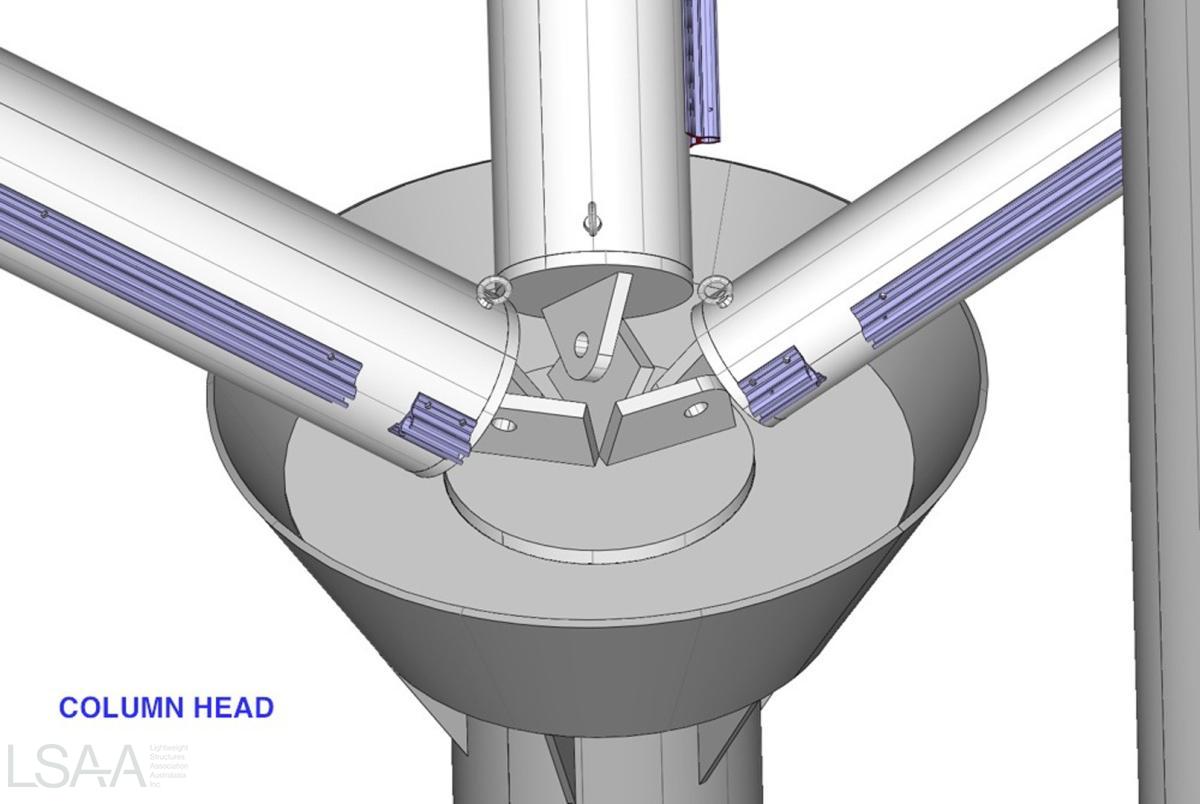 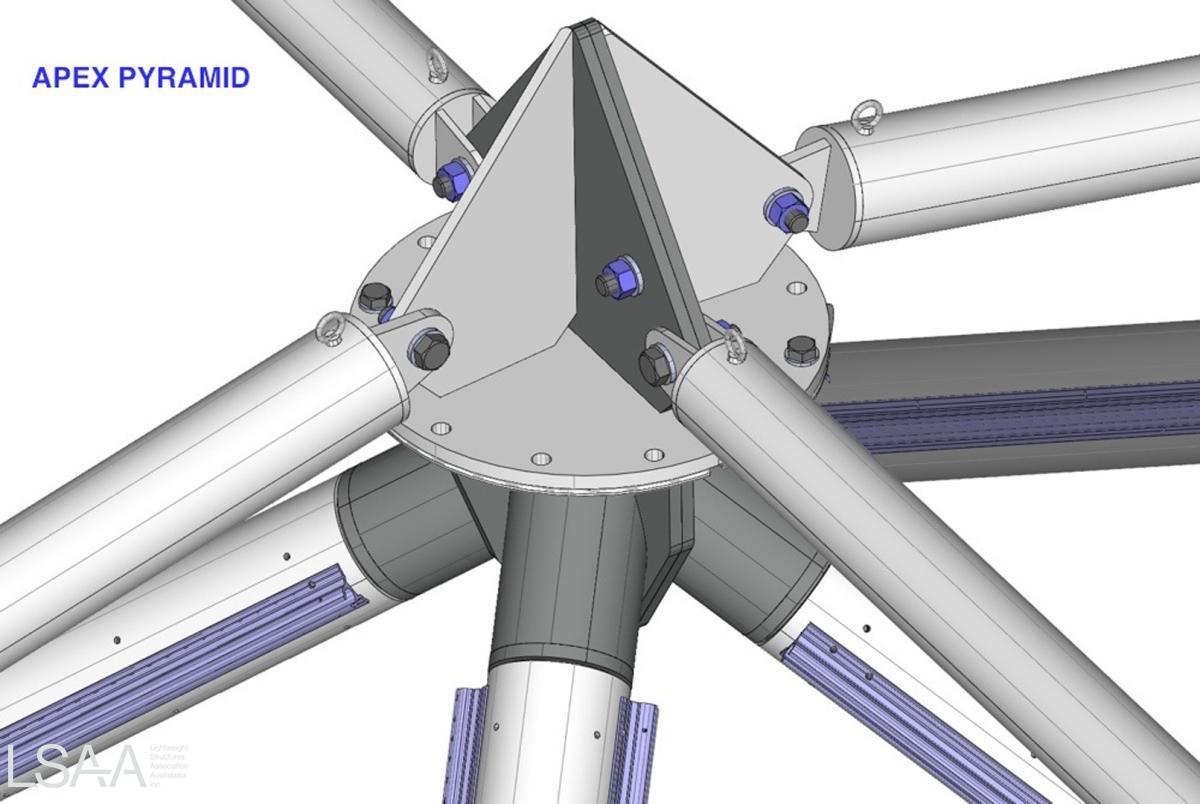 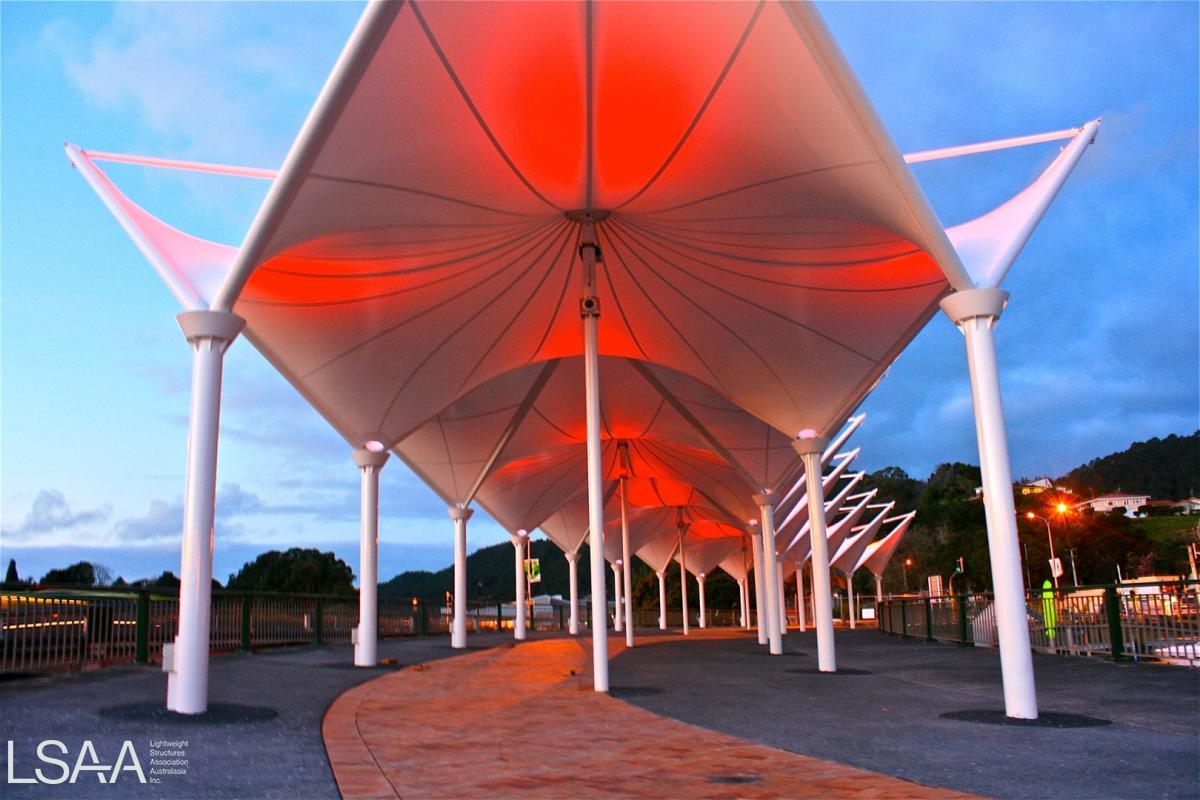 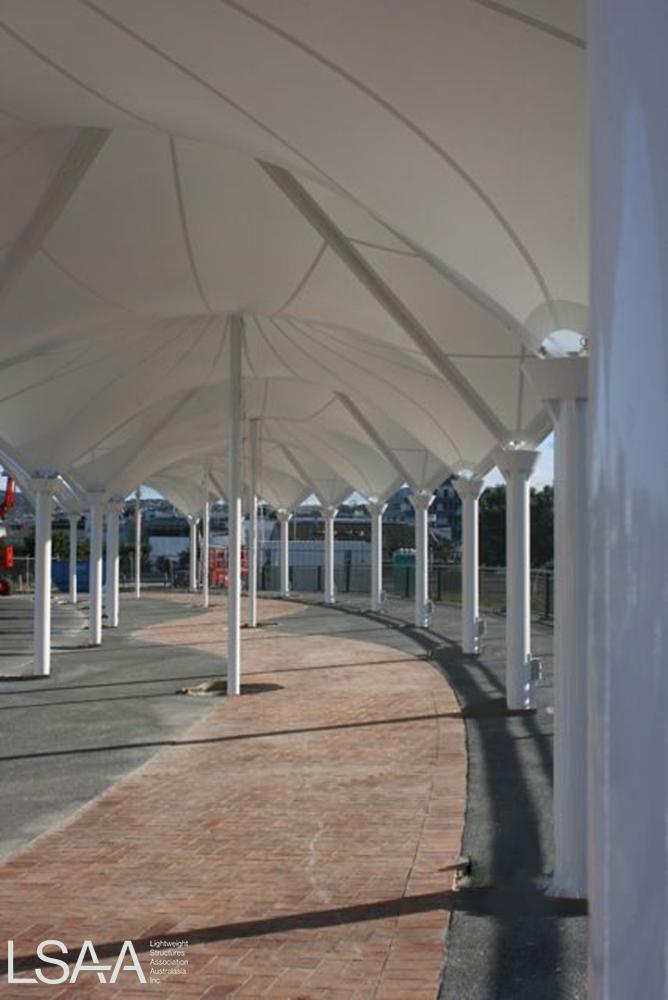 Replaced and closed to vehicle traffic in 2005, but left accessible for car parking, the bridge was an under utilized public space, in a prime waterfront position.

FSS designed & built the canopy structure to reflect the nautical nature of the area, provide a covered walkway over the bridge and a weekend market canopy. The canopy also visually completes the western rim of the Town Basin.

Being a functioning town basin, where fishing boats unload their catch, overseas yachties berth over the Pacific cyclone season and with a permanent marina and mooring arrangement. This public /commercial area is truly unique in NZ.

The design concept had a lot of inspiration within the area to draw on.

It was decided that the canopy framework would be minimalist and spare in structure, reflecting the aesthetic of the myriad of yacht masts in the area.

It seemed a little too obvious to create classic hypar sail forms interconnecting between masts.

Although this was the desired look – these sail type structures do not give great all weather protection and lack in originality.

So working within these parameters, FSS established the need for a tent type structure for weather protection, with the aesthetic of the freeform hypar sail structure.

Having been involved with a marquee hire company in 1989 - ‘92 , FSS drew on its experience with a modular hire tent from this period. The form was correct in appearance but lacked architectural integrity.

FSS took this basic form and created a hybrid design.

In keeping with the minimal framework desire, of no hefty tensioning extrusions and bolt cleats. It was decided that the structural framework would be truly kinetic – in that the frameworks must act, as would an umbrella frame, to achieve the design tension for the fabric. And that connection of the fabric to these frame works must also be in keeping with yacht mast simplicity.

The John St Bridge was built in 1972 as a two lane vehicle and pedestrian link across the town basin. The bridge is some 65mtr in length and is curved at a radius of 91mtr between abutments with a camber of approx 3 degrees. The existing footpaths are vertically separated from the vehicle deck with a kerb line.

The bridge was assessed for the superimposed dead loads as a result of the change in use, in particular the infill between the existing kerb lines and the canopy structure, as well as the human induced vibrations.

This new infill area between original footpaths determined the layout for the canopy columns, and thus the area of each canopy roof ( there are 5 separate canopies joined with infill “wings” to create one overall structure) It was decided to take advantage of this and treat the canopy roof support columns as water catchment heads, with drain pipes exiting the column base under the new infill and paving ,to spill through existing kerbside scuppers to the harbour below.

This worked well as the canopy structure has no perimeter gutters with all the roof water flowing to the low points at the column heads.

The placement of the fabric keder edge along the perimeter spar arms acts as a natural course for the water to follow acting as a gutter.

Basically, this 59.5mtr length x 12.1mtr width structure is made up of 5 off 8.5m x 8.5m individual centre mast canopies, with the centre point lower in height than the perimeter corners (apex). These canopies are set diagonally to each other along the bridge deck. Where the apex of each adjoining canopy meets (apex pyramid) they are physically connected. This now created gap between each individual canopy is ‘in filled’ with a quadrant (wing) of the canopy proper. Thus the overall structure is completed with 8 off individual infill ‘wings’.

Keeping with our desire of a truly kinetic structure, every structural member of the canopy other than the columns and masts, acts in a hinging/rotating motion to tension the fabric.

The fabric was selected for its durability & self cleaning properties.

All other steel work was zinc sprayed and finished in an Autex 2 pot paint.

All to marine environment specification.

Due to the kinetic nature of the structure an in-ordinate amount of time was spent at the conceptual design and 3D modeling stage.

For the steel fabricator the alignment and accuracy was critical to allow for the rotation of the spars and proper fixed geometry of the fabric.

For the fixing of the aluminum mast extrusion to spars stainless steel plug rivets and sealant were used to prevent water ingress. This procedure required jigs and high accuracy.

Installation methodology was continually taken into account during the design process.

Our Head of Rigging had an important role & formed a key member of the design team. His input ensured the a smooth & success installation.  As a result of his input a custom clamping mechanism for the installation of the fabric roof and structure was developed. This allowed for the fabric & structure to be installed simultaneously to each other.

The fabric was dropped over the centre mast then each perimeter arm slid onto the fabric, basically building the frame around the fabric as opposed to the norm where the frame is constructed then fabric attached.

Maintenance schedule is under review at time of writing.