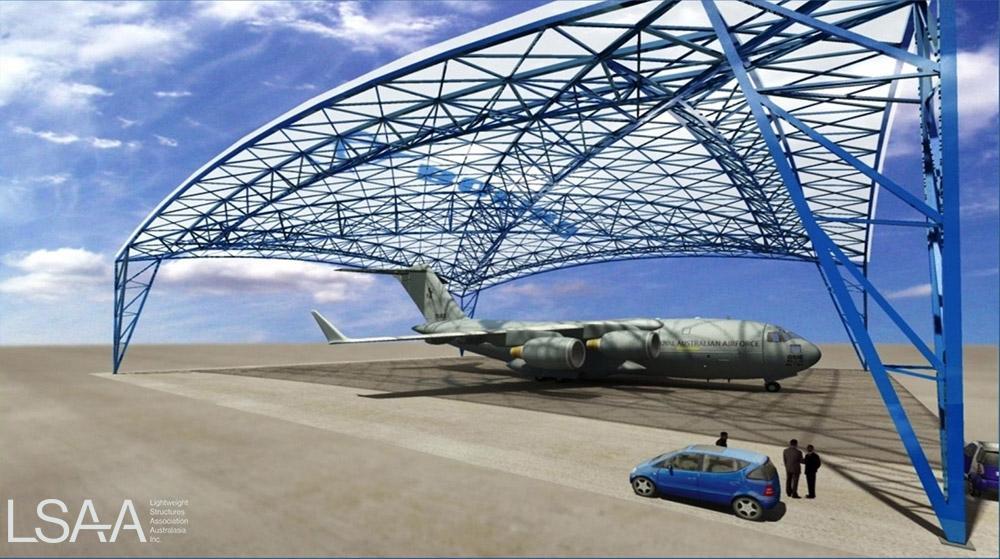 S2 designed, engineered and managed the implementation of the aircraft shelter for Boeing Australia at Amberley, QLD. This roof product developed for the Aviation industry is called airspace.

The 67.5 metre x 67.5 metre shallow domed roof is anchored to the ground by just four columns and stands 14.2 metres tall. 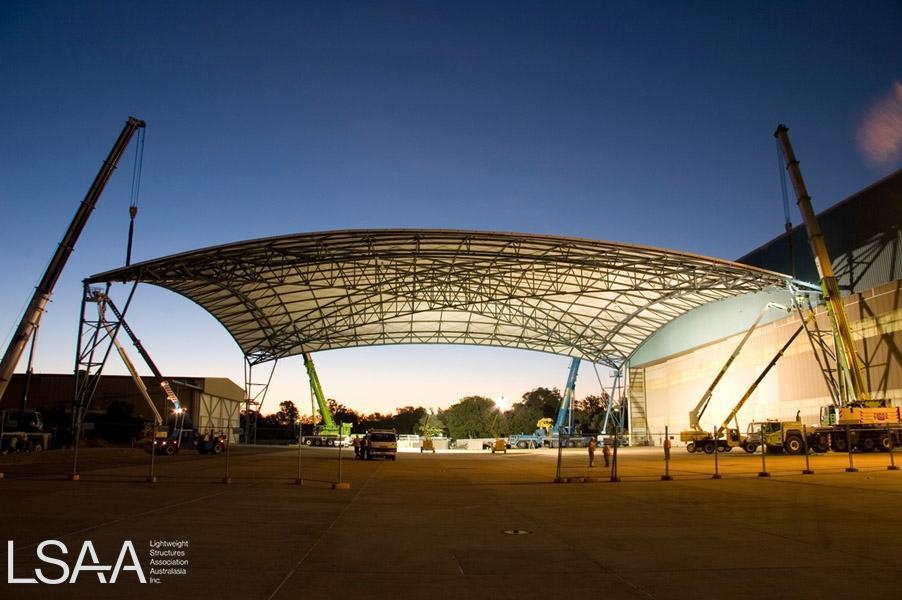 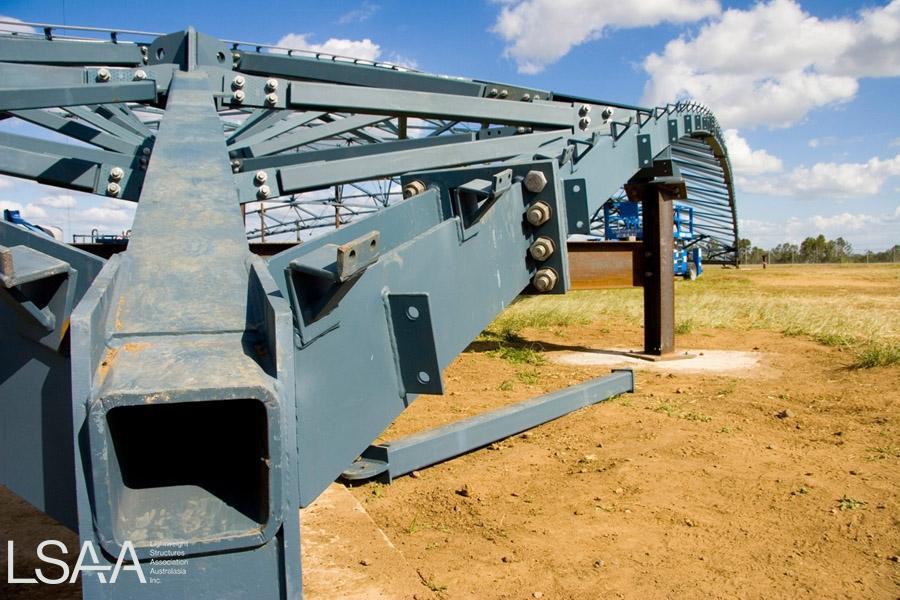 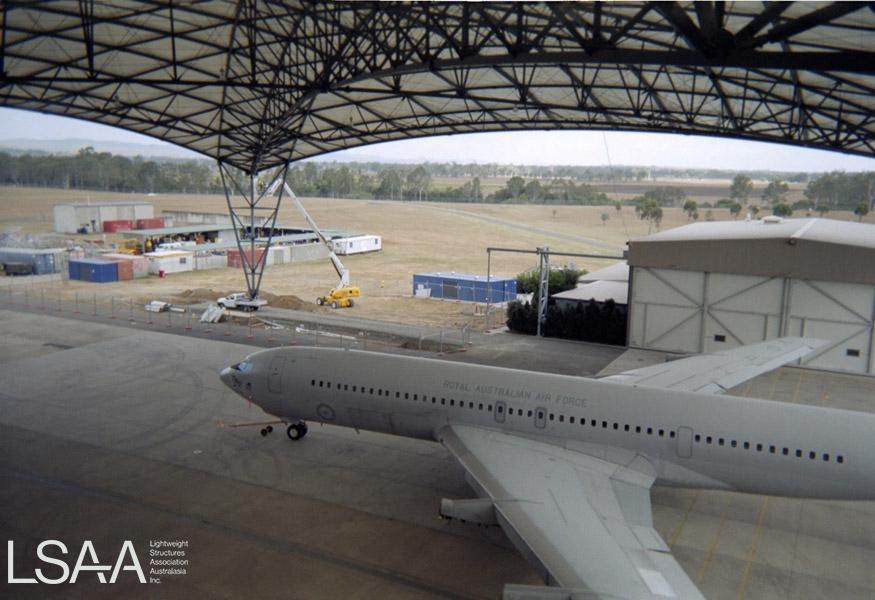 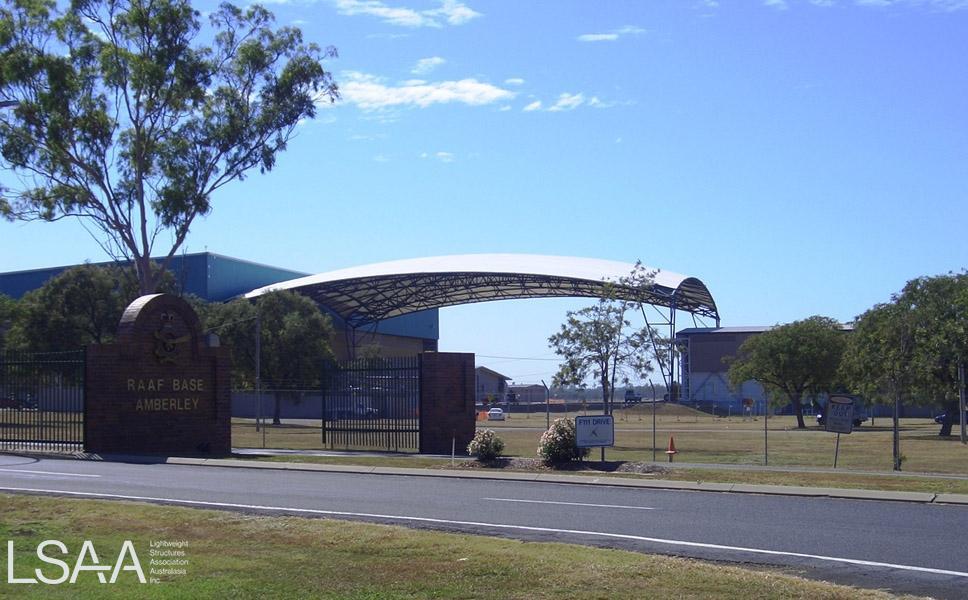 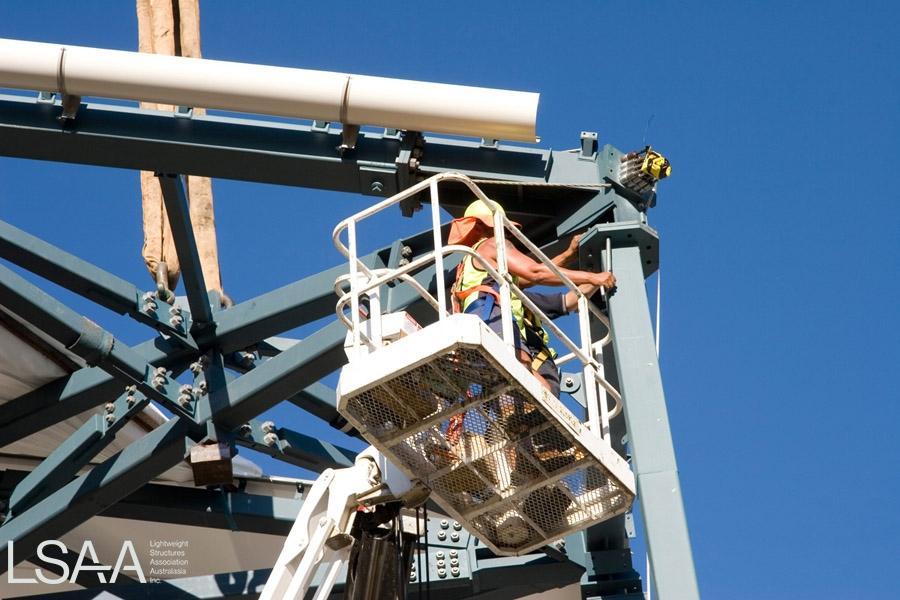 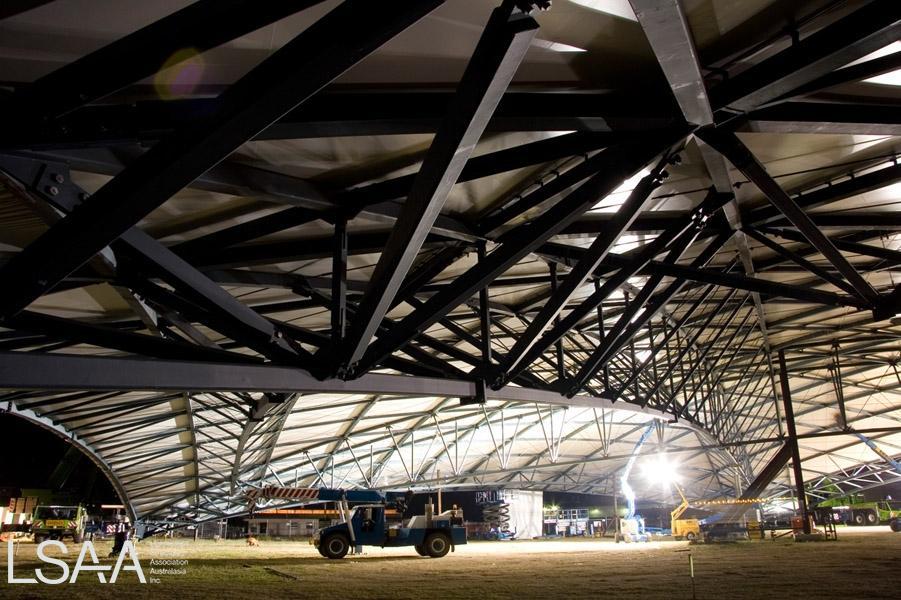 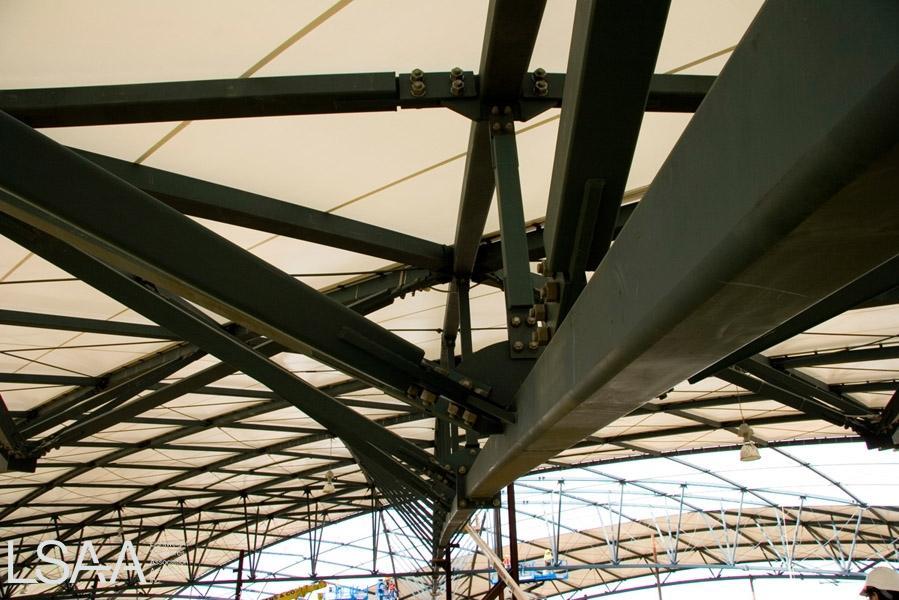 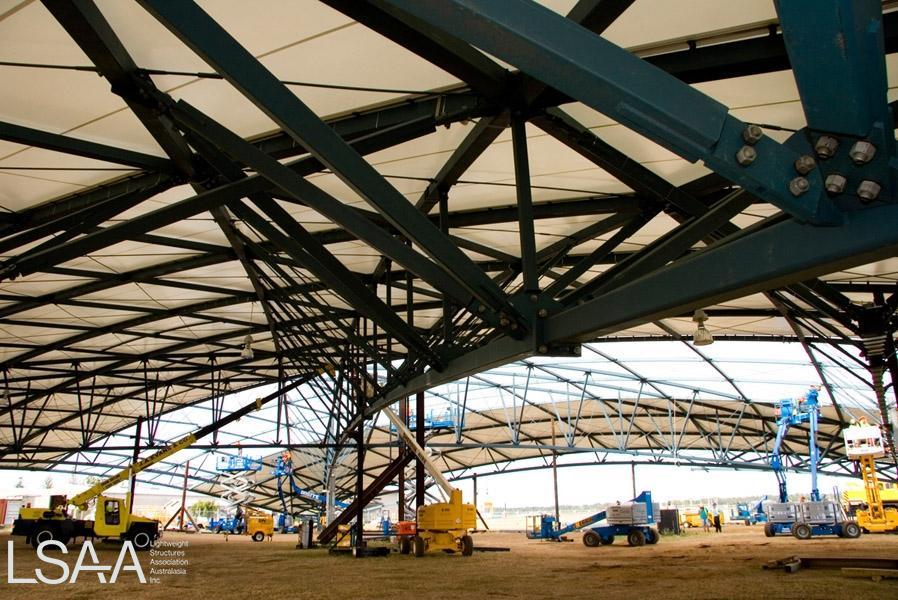 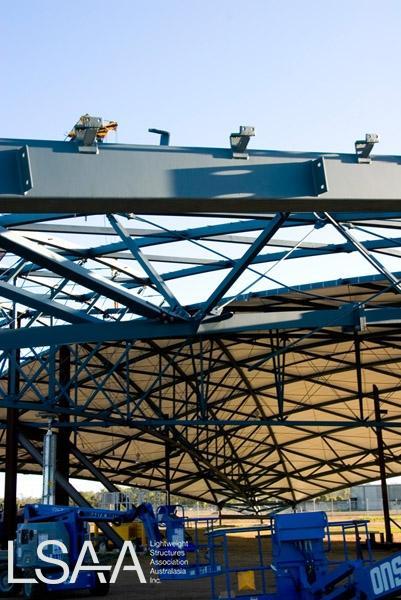 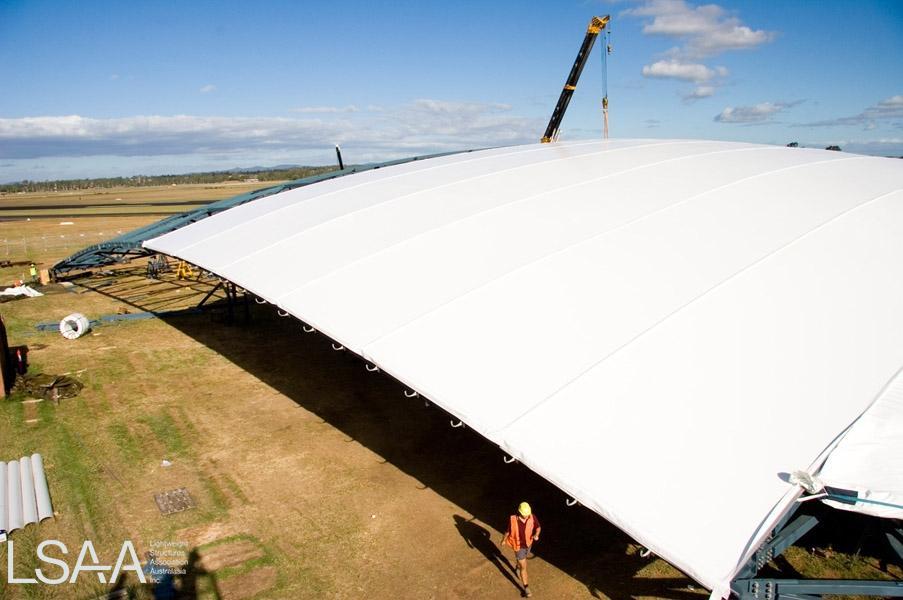 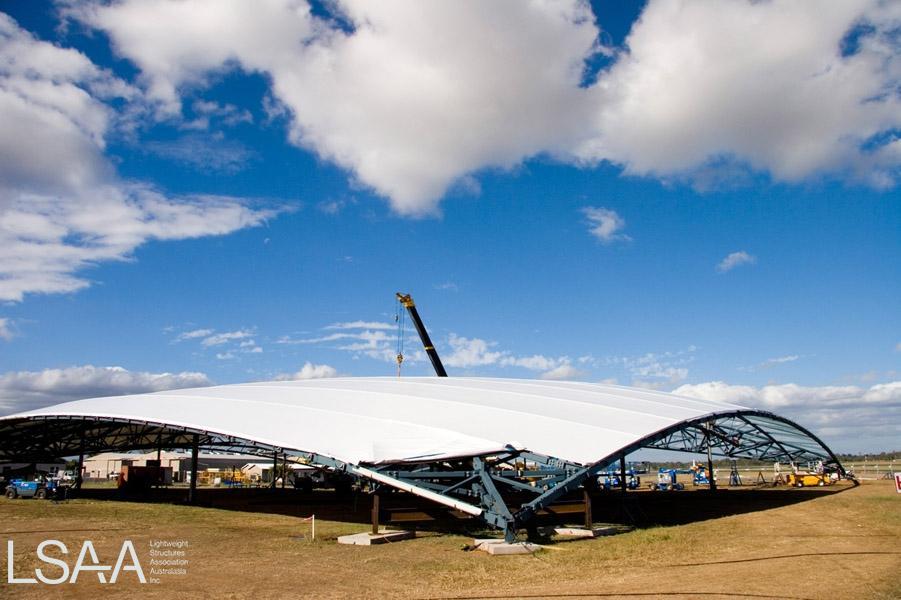 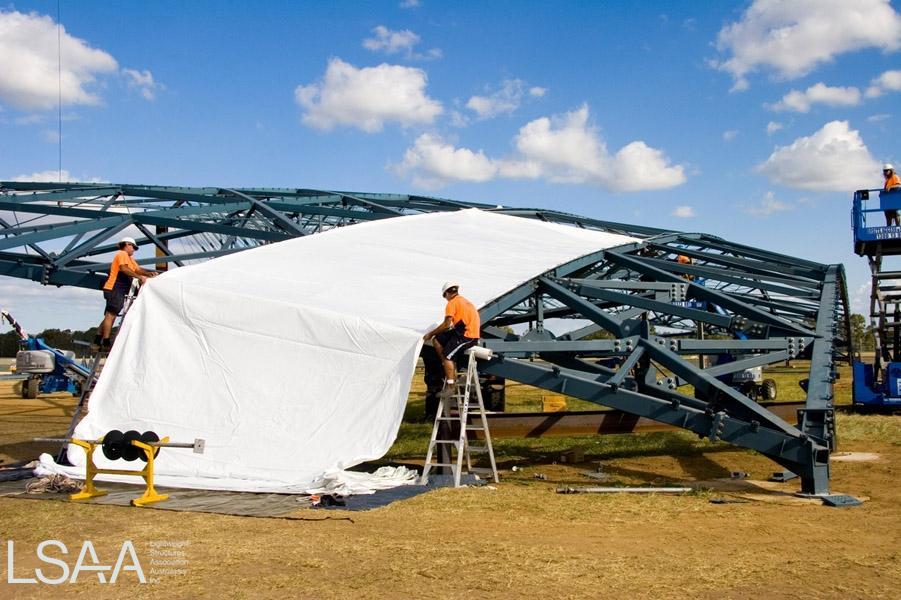 The 4,453m2 structure will be used to house both Wedgetail and C-17 aircraft, as well as a host of other planes currently used by the Royal Australian Air Force (RAAF).
The strong, light, demountable airspace is unique in its ability to be easily installed where commonly used buildings aren’t practical. Key to the s2 design and assembly methodology was that the airspace had to fit between two existing structures, and once complete, had to incorporate access for aircraft from three sides.

Link to a PDF file of more details