The development is to create a new stadium for the local Qatar League team ‘Lakhwiya’. The works involve creating a 15,000 seat stadium with 4 grand stand sun shading roofs.

Lakhwiya Football Club is local league champions in 2012 and 2013. The development is to create a new home stadium for this team. Al Khayyat Development were provided with the brief to carry out a design and build facilities for (not only) the stadium but associated facilities of car parking, gymnasium and ancillary buildings 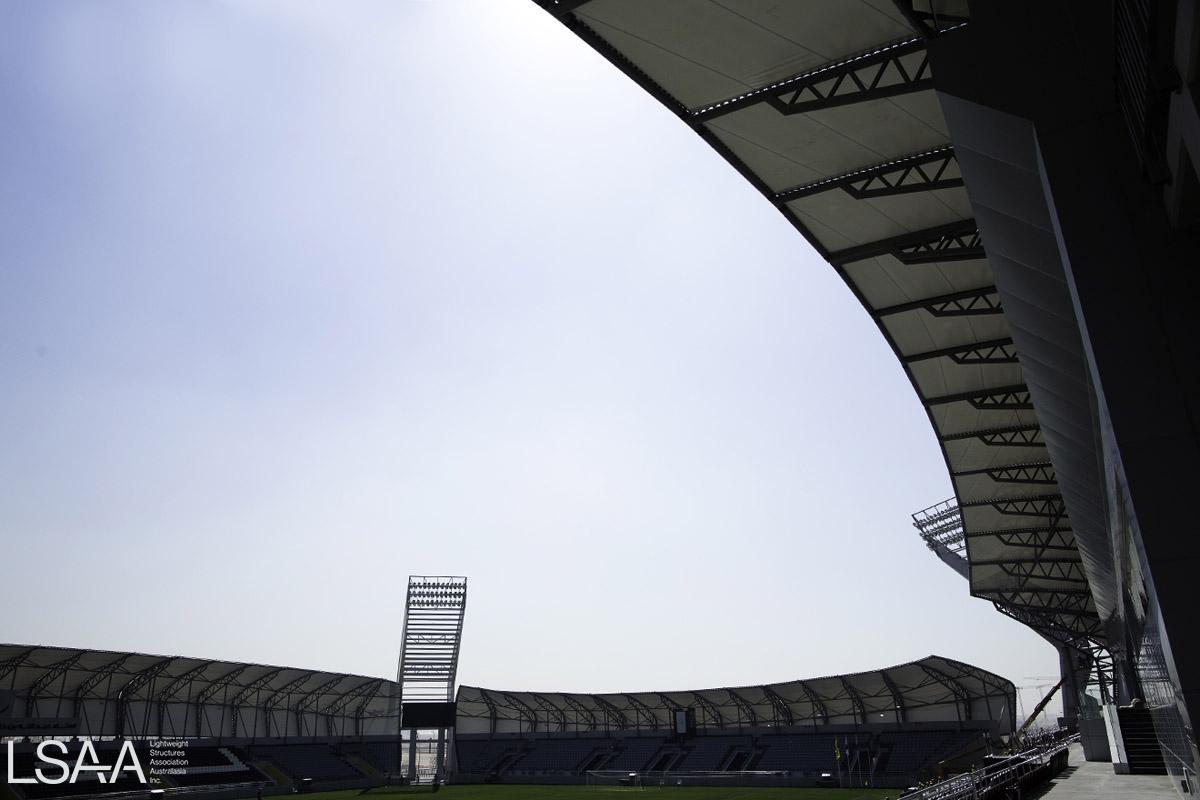 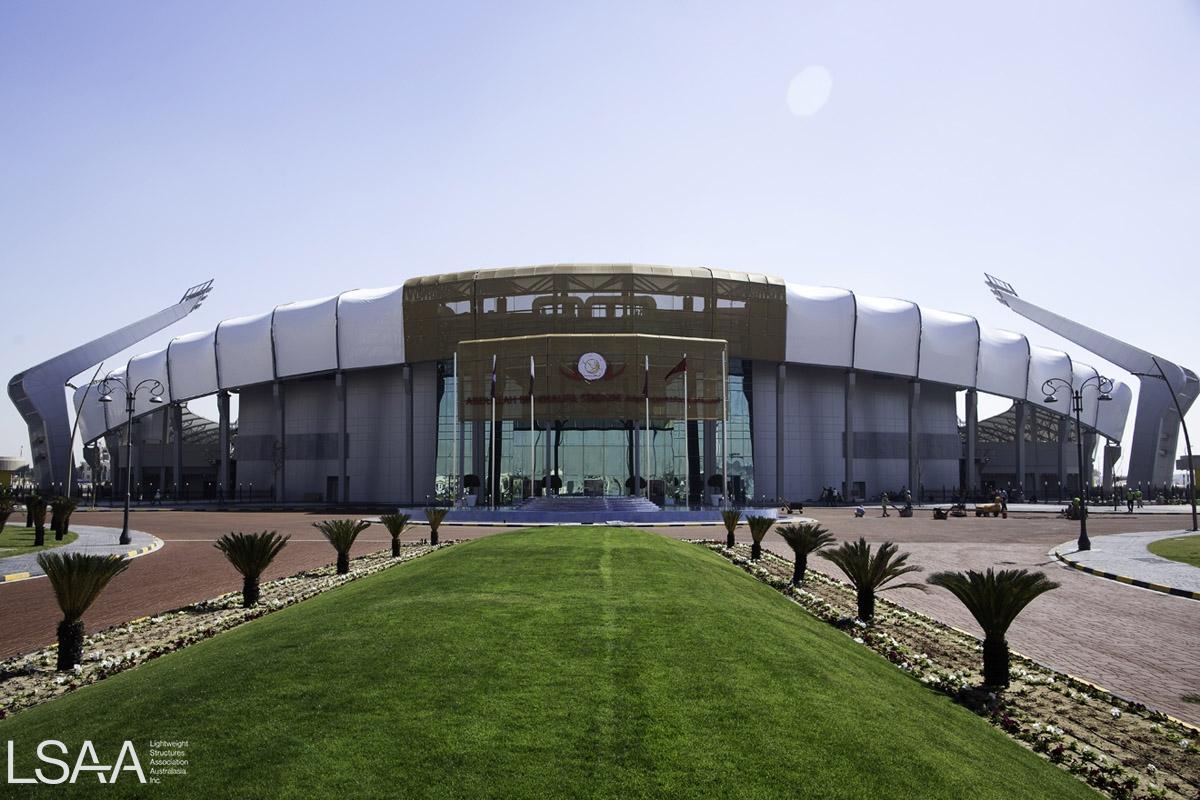 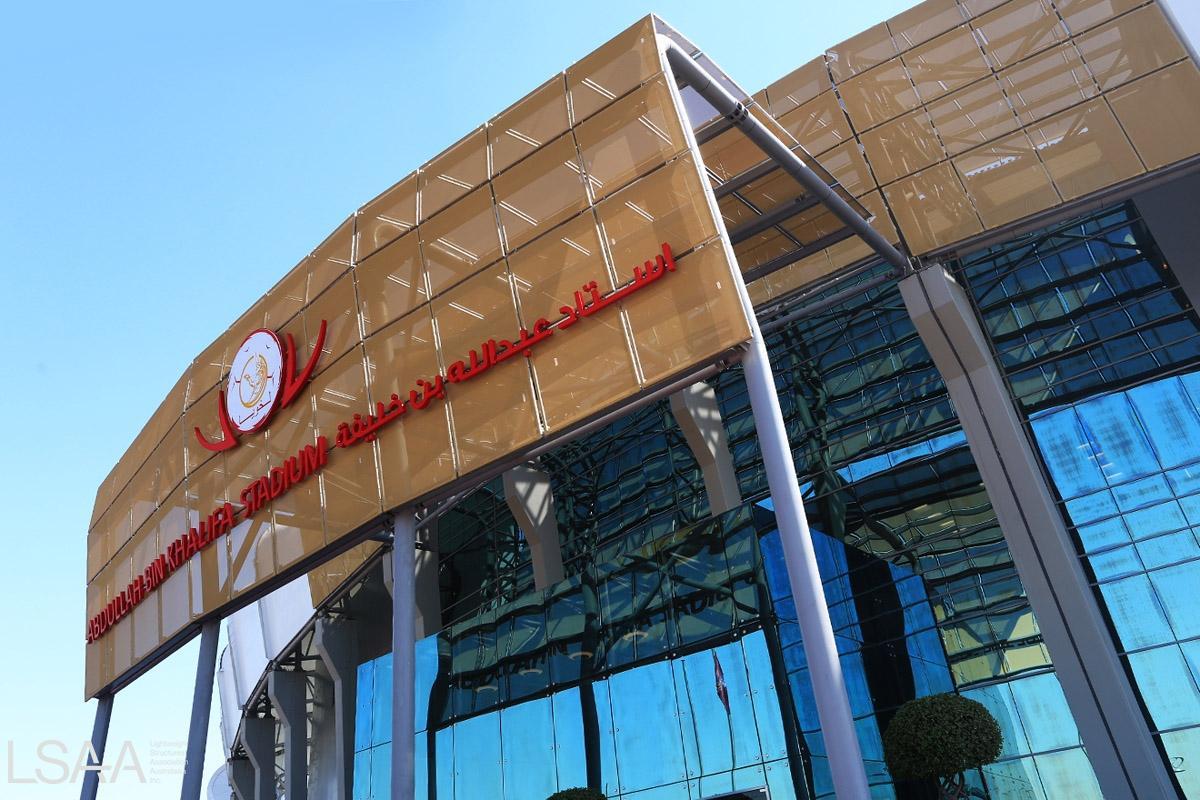 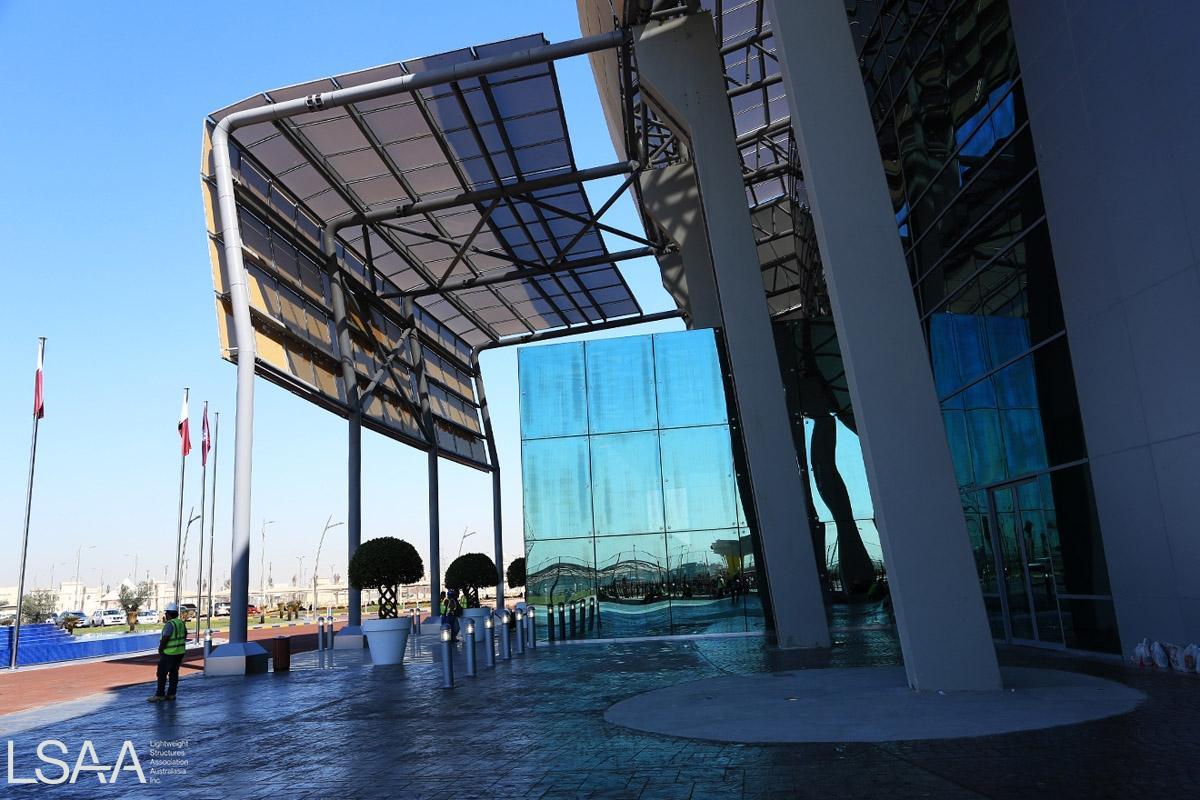 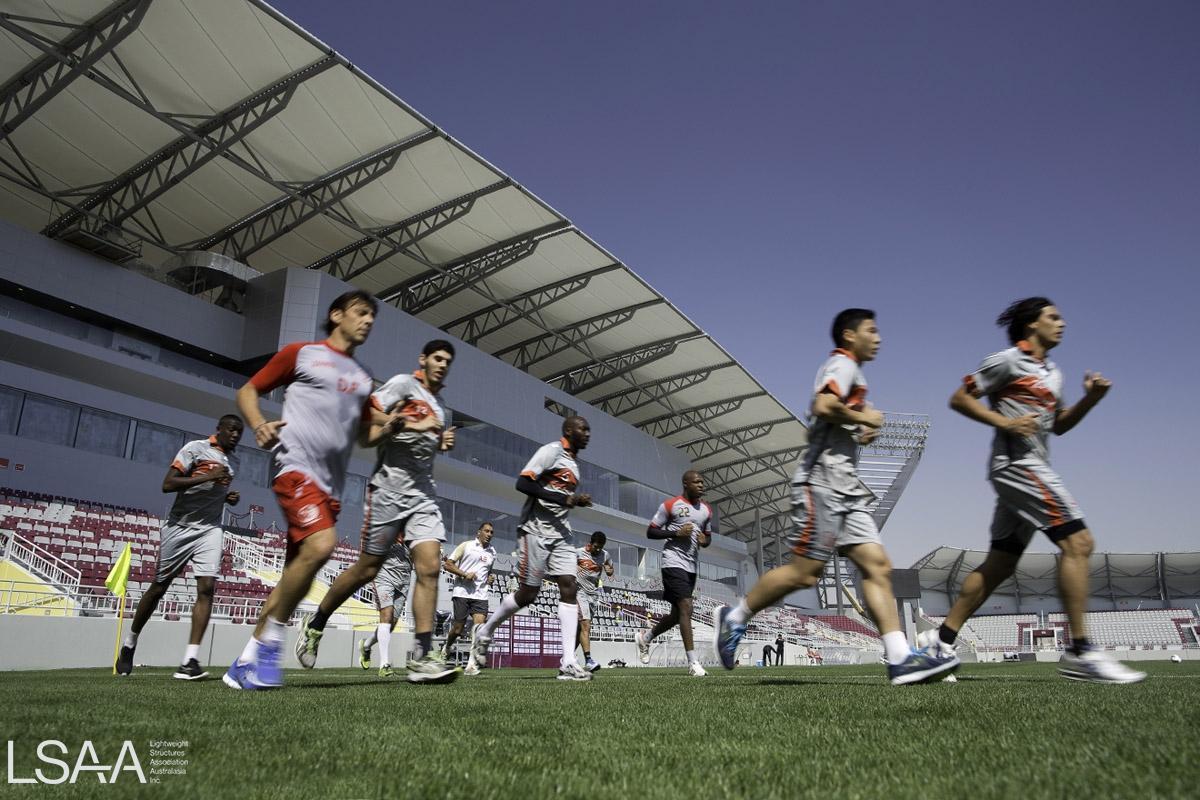 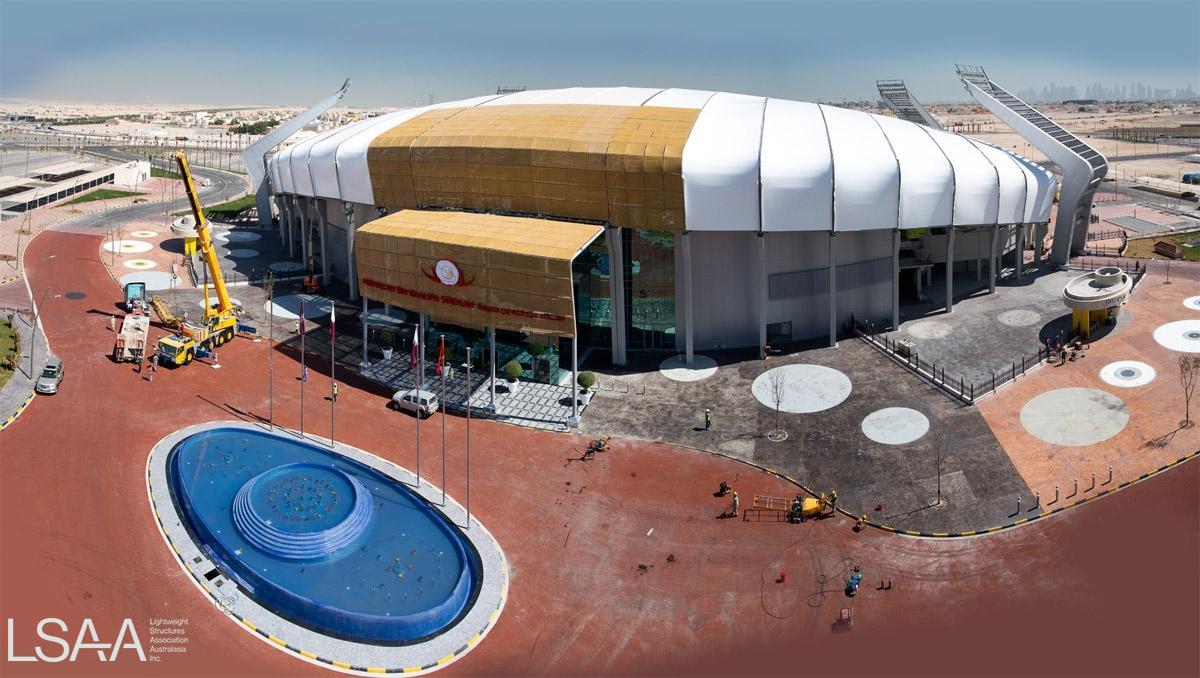 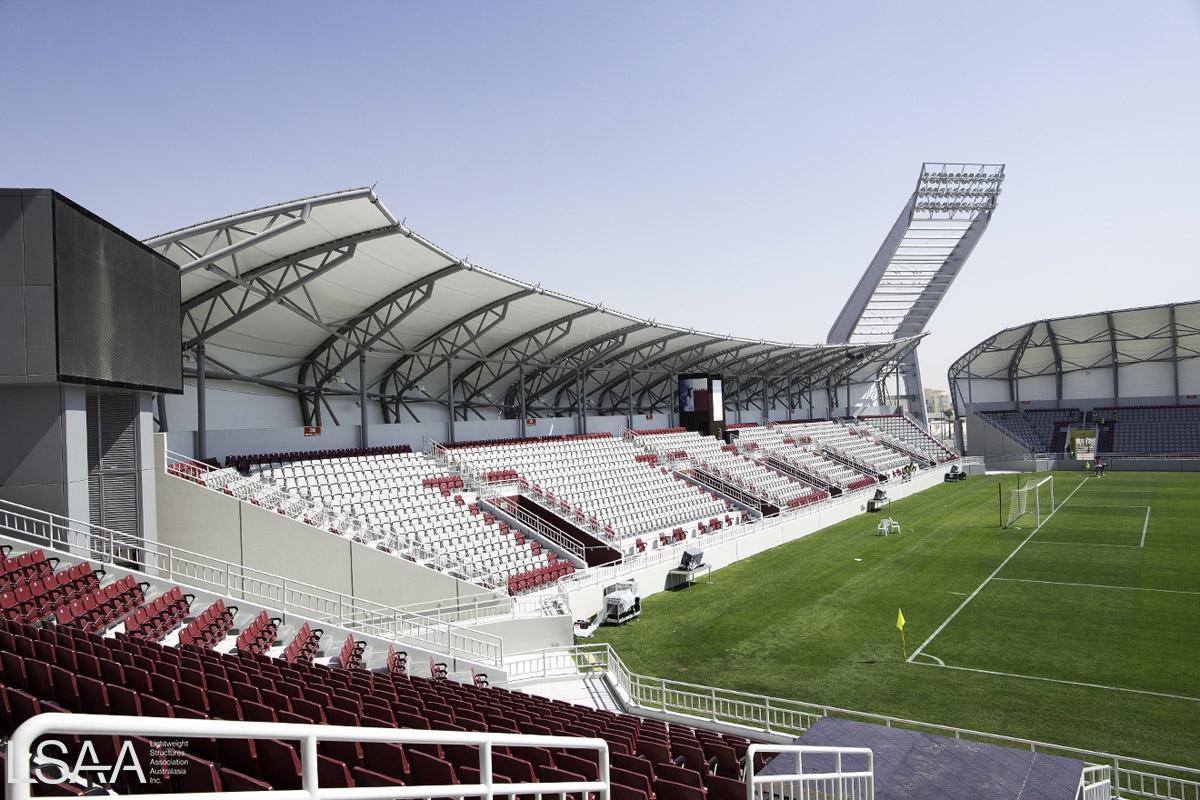 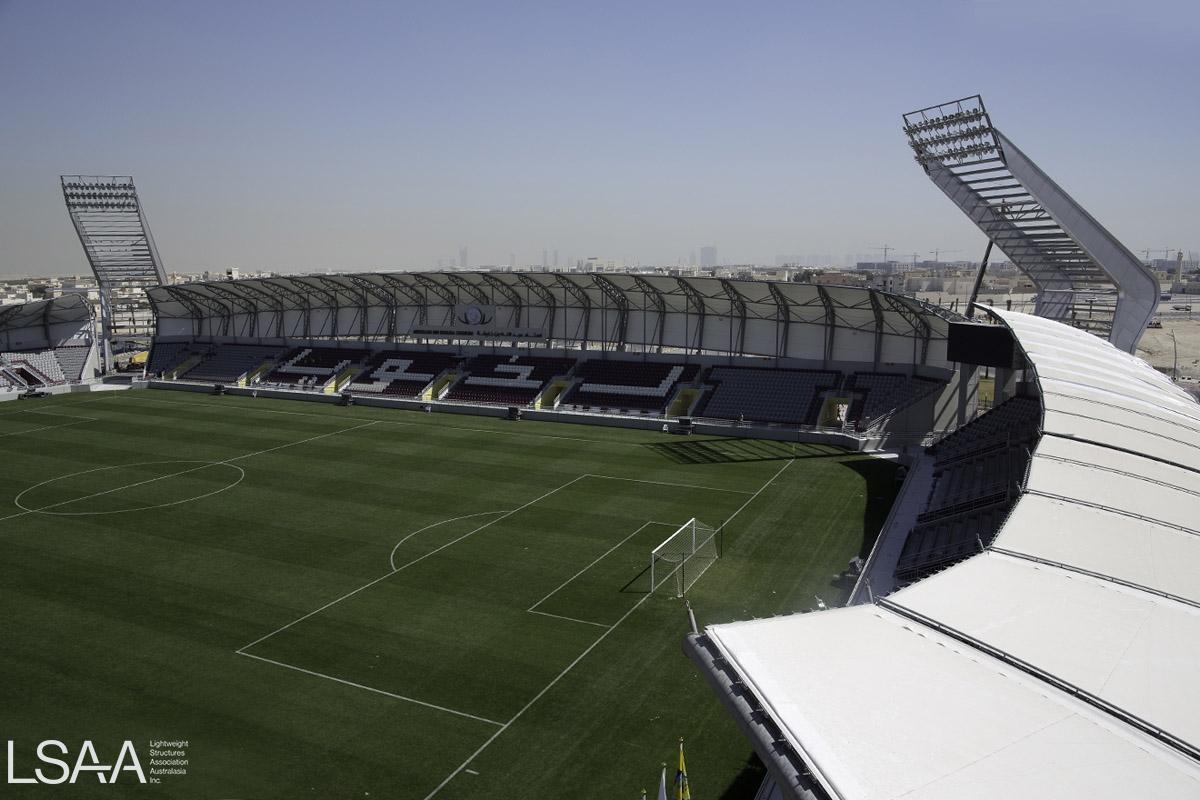 Prior to the involvement of Tensys, the US concept architects and consultants in Egypt had proceeded with a design that did not take into account the prestress nature of the tension fabric roof.  All foundations and piers were in place prior to engagement of Tensys. This created a very difficult project for Tensys to work with these existing foundations and changing the steelwork supporting frame and geometry.

The other element that was not on the side of the team was time - 6 months has progressed since foundations have been placed and it required the use of multiple sub-contractors to achieve the delivery deadline.

The original brief for Tensys was to work on the design work only. However as the project progressed, we undertook a larger role in not only working on the design but also coordination and monitoring of the steelwork and associated tensile fabric works.

The stadium concept was created using an orthogonal grid line. However the roof structure required a radial gridline. Unfortunately the project had progressed a fair way down the track that it was not possible to change these. Tensys had to create a radial gridline (for the steelwork and fabric) with the limitations of the works already carried out on site.

The fabric form requirement was for a very flat roof tensile roof. This was not easily achieved and required to use of both high variable prestress. All modules were created to be individual fabric units clamped onto steelwork. The 2D truss silhouette was an architectural statement that had to remain with the structure.

The superstructure of the roof was created with welded and bolted CHS steelwork. Inducing rolling and bending techniques had to be brought on board to ensure the architectural elements and profile were maintained.

The fabric is a PVC/polyester fabric (supplied by Ferrari)